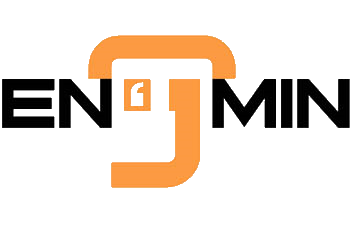 Here you’ll find the french documents I sent to the ENJMIN entrance examination, along some commentaries written (in broken english in a second state) right after learning the jury’s decision. I often made it to the last selection stage, but ultimately didn’t get in. After a conversation with some folks (keeping names out of this) it apperas that despite my best efforts, I didn’t have the profile they were looking for so I stopped applying for it. I do not hold this school in my heart for multiple reasons. But I have to give them credits fort actually making me sit down and right my first gdd drafts.

State of the project: Accepted for the first two stages, rejected at the final interview.

I think I got accepted at first, because of the simplicity and originality of the game. They may have liked the puzzle X arcade gameplay crossover and some of the interesting gimmicks it had. Especially the multiplayer aspects. But honestly… What a boring project to read it was. The presentation, the “drawings”, the overall aspect of this document was rushed out during internship lunchbreaks and it shows. Also, with hindsight, it lacked a lot of things; diagrames, USP&KSP, time session length, gameflow schematic, etc

I have been rejected at the oral session because I couldn’t understand one of the examinator’s question and thus couldn’t defend my project correctly. I was really stressed out and confused by this oral exam. I thought it was just a simple interview where they would judge my motivation…But no, ENJMIN interview is not a usual one (if there is such a thing). In this crucial interview, you’ve got the typical interview stuff (who are you, what diploma do you have, etc). But most importantly you have the second part where you have to defend your project, and demonstrate how cultured you are. I’ve been caught off guard by that. So when they asked me what was my favorite game, movie, book, etc I couldn’t find a correct answer. Honestly, that was the usual cheap question… How could I pick one game from all my library on the spot… It’s something you have to think of beforehand. I wasn’t prepared for that.

State of the project: Rejected at first stage

Seriously… what a joke this project is… I was a mess when I wrote this project, both physically and mentaly. No diagram, no illustrations, long and overcomplicated sentences… At least half of this project is describing the scenario, the universe, or just stating obvious stuff. WHERE IS THE GAMEPLAY ??? It’s supposed to be a game design project !!!

To this day, I still think the idea behind this project can be salvaged. But damn … I understand that nobody on earth can bear with this writing to sap the originality out of it. It was so badly explained and I didn’t focus enough on the gameplay elements.

I can’t blame them for rejecting this.

State of the project: Accepted for the first two stages, rejected at the final interview.

After reading my project, some people argued that my game was too complex for kids…. But let’s face it, it’s three elementary game mechanics mashed together. It’s nothing too fancy (and that could be a bad point… maybe this project lacks some originality). It’s an “easy to learn hard to master” game. And who’s got more free time than kids and teenagers ?

Compared to “Derive/ENJMIN 2013”, this project may lack a little touch of madness, of crazy, originality. But here is the problem. Back then, ENJMIN restricted the number of pages to 25 for GD project. So it’s near impossible to be fully original with this limit. A totally new gameplay concept would need way more pages to be described. Also, originality comes at a risk, the jury is more likely to dislike something original but badly explained… So yeah, I might be bailing out on this one. But honestly, I think I found a right compromise between originality and readability with this project.

I really liked the subject this year. “Higgs boson” really inspired me. I had a lot of ideas (but no way to express all of them …)

Here I’ll try to list the principle ideas I had for this project:

My thoughts on the 2nd exam : English test went pretty well General culture test has been OK, except for those crazy names…. I can’t remember any names it’s nearly pathological ^^” Media analysis test …. Due to the technical issues we had, I’ve spent too much times writing notes and so couldn’t write half of the stuff I had. But it should be enough

My thoughts on the interview : If one of the jury guy starts talking about poneys …. He’ll get pretty depressive and remember some backlash he had in the industry. It will put him in a bad mood and will not like you for putting him in this depressive state…. If some jury starts talking about poney, stop him. Also after talking with some jury member I learned that ENJMIN was looking for diverse profiles for their Game Designers. So someone like me who made the logical decision of going for an IT degree has way less chance than someone who did some obscure science of dry fly reproduction degree. This combined with the facts that a goof half of the sits are taken by people coming out from private gamedesign school (that didn’t exist back in my days) terminated every desire I had to go to this place. I’m better off climbing my place to some GD job the hard way than belittling me for a place at this “school” where students don’t attend to courses and prefer playing NERF all day long. No thank you, no remorse, no shame. It’s a goodbye for me.

Here lies a french short Game Design Document / Game Concept Document about The Sleeping pit ( link to the WebGL Demo ). The main concept, ideas, prototype is from me. And this document emerged after sitting down with a couple of GAMAGORA students and trying to write a proper game concept document.